This is an attractive route that traverses three national borders and features four Rhine crossings. It starts out in front of the historic Rathaus (city hall) on Basel’s Marktplatz (market square), takes runners down to cross the oldest existing Rhine bridge where it then follows the east bank of the Rhine to another Rhine bridge, the two-level Dreirosenbrücke. At this point the course continues along the Rhine’s west bank and through Basel’s most urban square, Voltaplatz, and then leads runners along Elsässerstrasse toward the French border and the Lysbüchel customs office. Once in France, athletes will run through a corner of the French city of St. Louis, past a water park in Huningue and then cross the world’s longest single-span pedestrian bridge to reach the German side. The course continues through Weil am Rhein, Germany’s most southwestern city, passes through a tree-lined park (which was the venue for the 1999 state horticultural show) and once again across a national border, this time the German-Swiss border, to the Lange Erlen recreational area. From there it follows a stream called the Wiese until it reaches the eastern Rhine promenade, passes through the Rheingasse and crosses the Wettsteinbrücke, another bridge over the Rhine, to take runners into the heart of Basel’s historic downtown where they will cross the beautiful Münsterplatz (cathedral square) and then follow Freie Strasse to reach the finish line at the Marktplatz (market square). 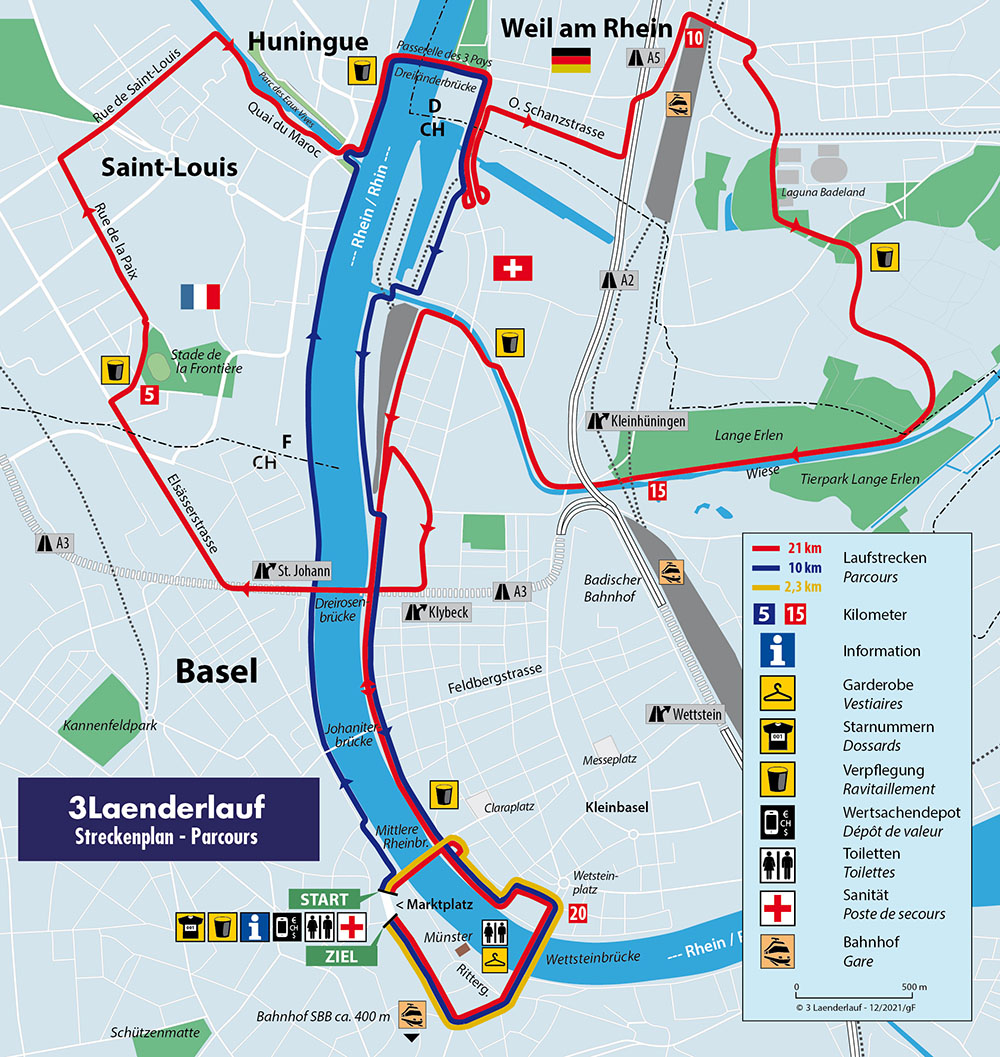